A friend invited me to join them for a Shamisen demonstration in Asakusa. It was dripping with rain and bitter cold.  A great day to be indoors. On the other hand, I found a place where you can snap a photo of a bird’s eye view of Sensoji temple in Asakusa 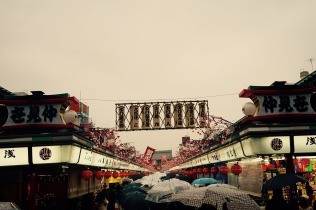 The Shamisen demonstration was sponsored by the Japanese government and featured some of Japan’s top shamisen artists. The lady in glasses has directed a performance at Carnegie Hall in New York, one that received a standing ovations.  They were amazing.  I took lots of video (I asked first and they said it was no problem and to ‘please film’)  I’ll post the video of the amazing performance on another day. 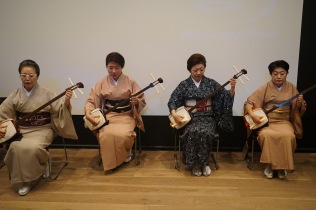 They even let us play.  Shamisen is so much fun to try out.  My friend has skills playing the guitar so he took the Shamisen fast.  I was worried because I can’t keep a beat (I always fall out of rhythm), but it’s surprising easy to play it.

It’s both string and a percussion instrument that was brought from china over a thousand years ago. However, the Japanese had to invent their own unique style of playing.

Afterwards, we headed to Harajuku to eat the Kawaii Monster Cafe.  I had heard lots about this cafe, but had never eaten here before. END_OF_DOCUMENT_TOKEN_TO_BE_REPLACED

The diary of a broken body

My Human Experience
my period & me

Bubbles in the Brain

Work. Life. Being a sicky.

The Endo An Era

An open and honest blog to share experiences of Endometriosis and Adenomyosis. By working as a community, we can overcome our chronic illinesses one day at a time.