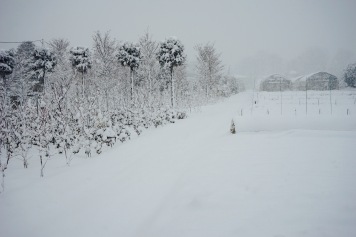 I grew up only seeing real snow on TV. In Texas it hardly snows, and when it does, its more like sleet than real snow. I remember being thrilled the one time it actually snowed in Texas. Two inches fell and we called it a “blizzard”. I could not fathom snow higher than a foot. That only happened when you gathered a lot of it into a pile.

Then, the snowpocalypse happened. I never imagined how much would fall in Tokyo. In all my years in Japan I’ve never seen this much except when I visited the snow festival in Hokkaido.

I cancelled work for the day. The idea of commuting in this seemed crazy. Good call. I saw later on social media that massive crowds of sent-home-early workers overwhelmed the train lines in Tokyo and surrounding areas. 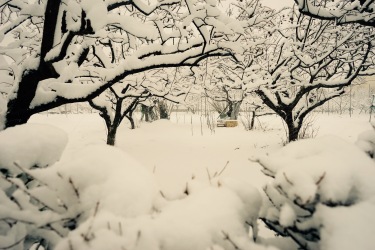 This brought Tokyo’s train system to its knees

I was supposed to go to work, but my commute is 2 hours in good weather. It’d be insane in bad. The morning was normal, the snow beginning around lunchtime. I called into to work and let them know I couldn’t make it.

Thank God I did.

From what I’ve seen on twitter the train system became a snarled nightmare. I could never have made it home. I’d have been miserable if I had tried.  I mostly spent the days indoors, cleaning and organizing. 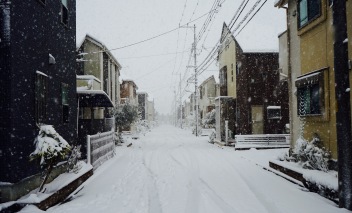 I lost one of the ice breakers bands that arrived this morning. I tried to retrace my step and find where it fell off, but it’s probably buried in the snow.  It sucked telling my husband I’d lost the very thing he had just ordered on Amazon.

Around nightfall I got the shovel out and made a path for my husband. 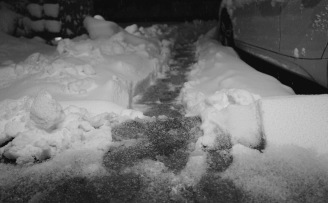 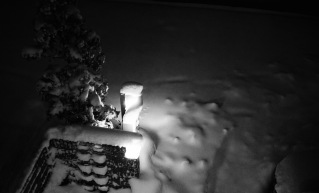 When he came home, he went to work clearing the whole driveway. He looked frosty by the end of it.  All that snow is now moved to the sides.

Hopefully the snow melts off by tomorrow evening.  It’s still falling hard outside.

Welcome to the Tokyo Blizzard of 2018.