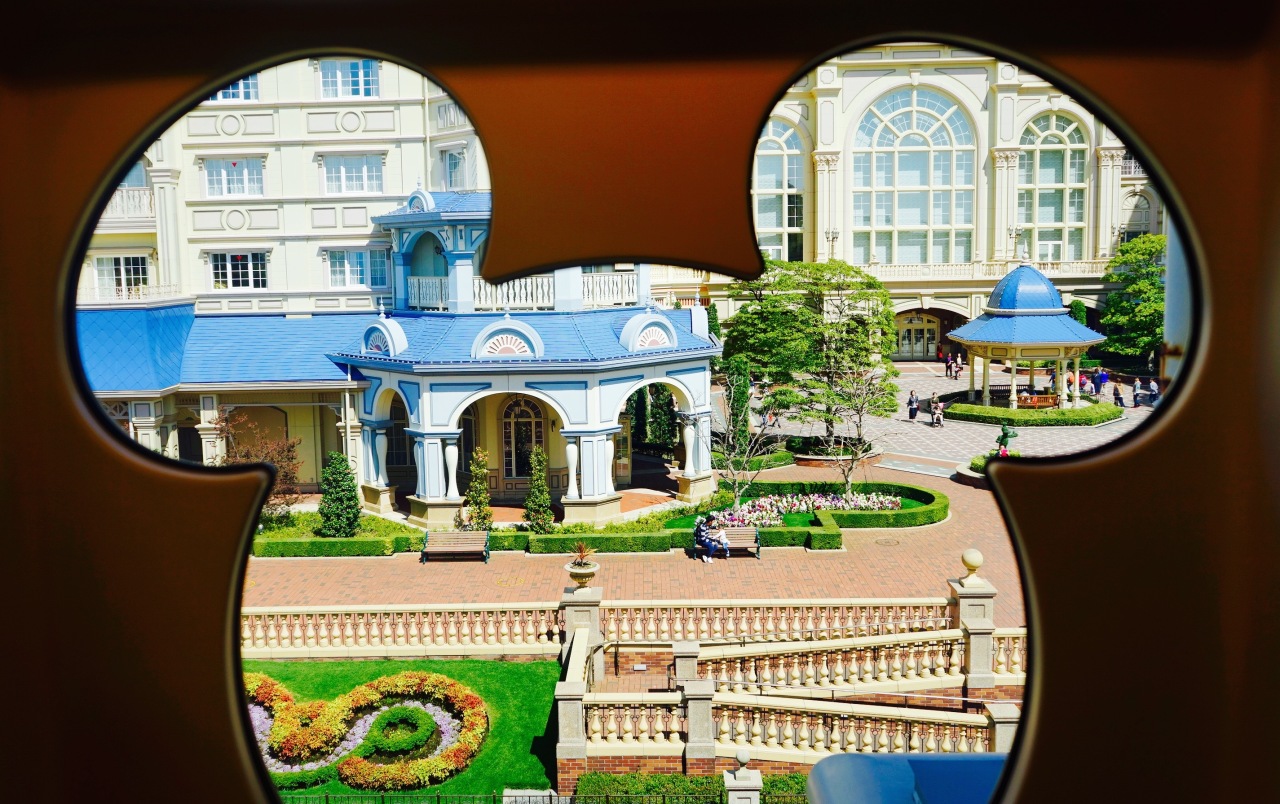 Yesterday, after two months of trying and failing, my friends K and C and I finally made it to Disney Sea. The weather could not have been more gorgeous. 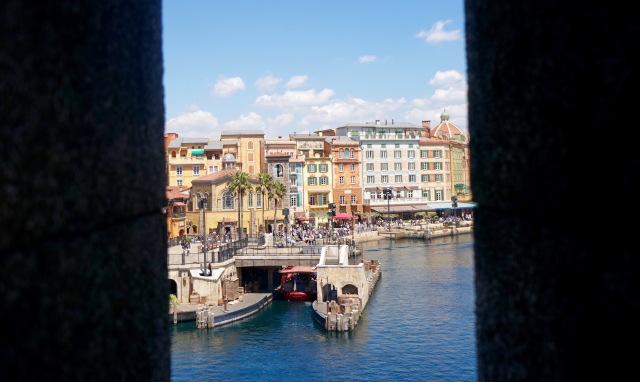 We attempted to buy our tickets in advance online, but that failed because Disney has terribly strict credit card controls.  (Ugh… that’s another story there).

When we arrived around 9:30 am, crowds were already flowing in. The first thing we needed was coffee and food.  However, that had to wait until after we picked up our fast pass from here: 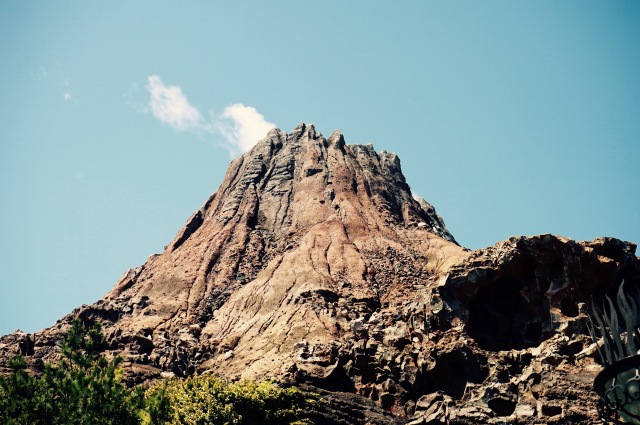 The Journey To the Center of the Earth Ride

This was our Fast Pass Time:

After that, we headed for food at the New York Deli.  My friend, K, got a purple-colored sandwich that came with an actual flower on the side. 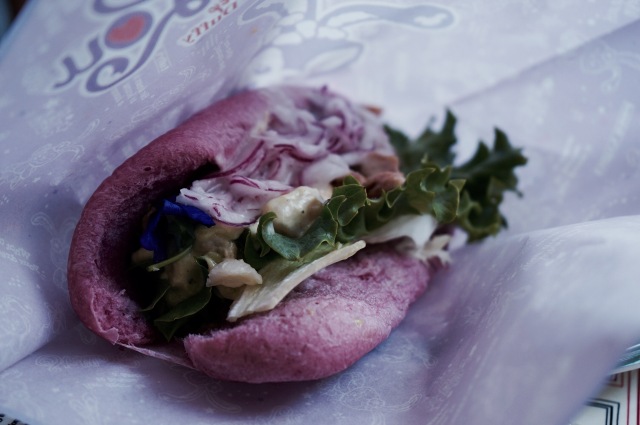 The Fortress Challenge was fun. It’s a scavenger hunt of sorts where they give you a map and you go around trying to solve the clues before the volcano erupts and destroys Disney Sea.  Here is one of the clues:

Needless to say, three young warriors (my friends and I) saved Disney Sea from utter destruction.  Thousands owe us their lives.  I mean, we did this out of the goodness of our heroic heart, but… they totally owe us.  Heroics aren’t free. 😉

Our first attempt to get into the Indiana Jones Ride took ups past this:

Those are the wait times to take a picture with each character.  Mickey is just ridiculous.  I wouldn’t wait an hour to meet Mickey, but maybe that’s just me.

The ride was too crowded (90 minute wait) so we went on the river boat instead.

I enjoyed it, especially because we got good seats at the back.

With just a bit more time to spare, we stopped at the 20,000 Leagues Under the Sea.

The ride pretends you are in a submarine and you go down through this display of aquatic creatures and get attacked by a giant squid that you stuff with your submersible.

Then it was time for the Journey To the Center of the Earth which is my favorite ride at Disney Sea. Similar to the 20,000, it’s just so gorgeous inside.  The fauna of the subterranean are brilliantly lit as the coaster takes you through and then spits you out of the mountain.

After going to the depths of the sea and the earth, we headed for the desert for a little black magic… 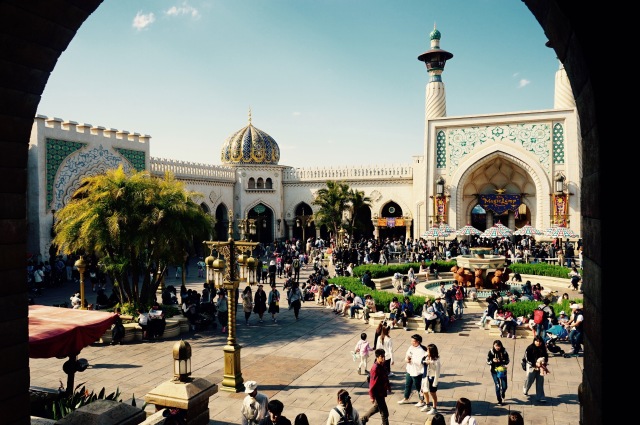 The Arabian World where we got a new Fast Pass for the Alladin Show that was really cute.  It’s about genie making friends with nerdy kids.  A play on the “you never had a friend like me”.

The details are what really make the Disney Theme Parks stand out, especially Disney Sea.  One could say they “spared no expense”.

Finally, it was time for Indy.  Here is the interior of the waiting room for that ride. 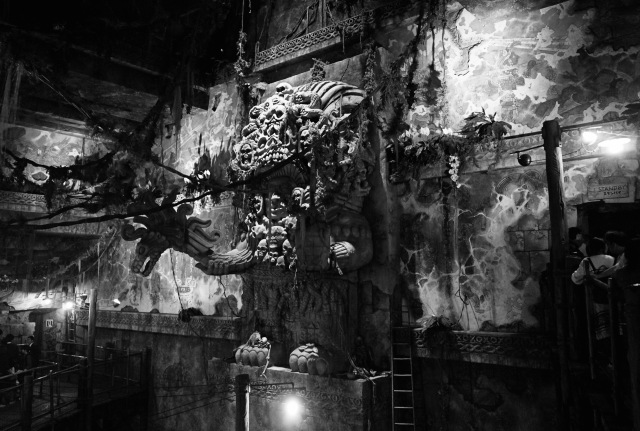 So gorgeous.  They really put a lot of care into the look and atmosphere of the place.

The Indiana Jones ride is a little short and not mind-blowing, but it’s fun the feel of adventure it gives off.

Dinner was curry rice and nan back the Arabian World.

On a full stomach we went to the short, but so sweet Raging Spirit Ride. 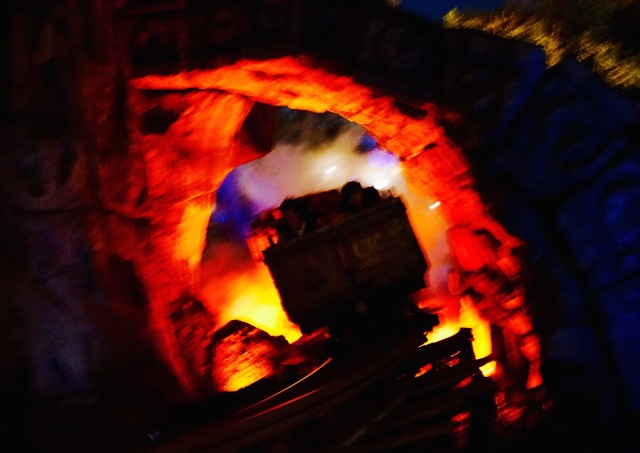 The ride takes you upside down on a 360 loop.  It’s the only ride at Disney Sea that does that.  It’s the best and most roller-coaster like ride out of all of them. 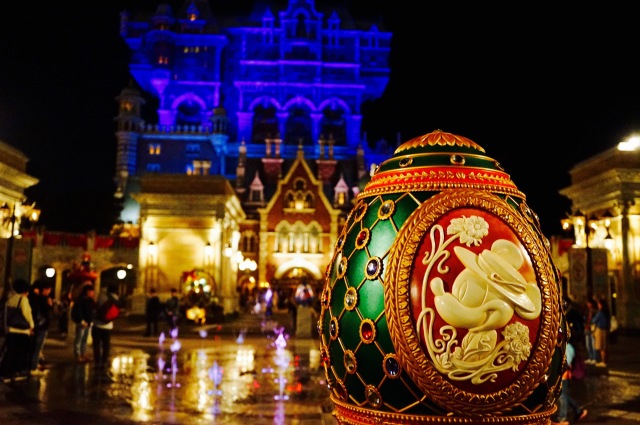 The Tower of Terror with Easter Decorations up.

Cute.  Just so cute!  I loved the lighting here.

My camera died for good after this shot. I wasn’t able to take any pictures of the Disney Mickey Sorceror Light Show, and what a pity that is!  That can only be described as EPIIIIC.

Mickey Mouse dons his robes and fights off Maleficent and Ursula and all the Disney Villains.  And yes, he fights of Maleficent in her dragon form.  Fireworks go off and the sparks fly as the battle of good and evil take place in a display of color and light.

My friends and I want to go back for the 6pm ticket which is almost half the price of the regular ticket just to see that show again and enjoy the rides when the crowds are smaller.

Yesterday was fun. However, I’m exhausted today and sore all over.  I slept in because I felt exhausted.  Guess Disney took it out of me.